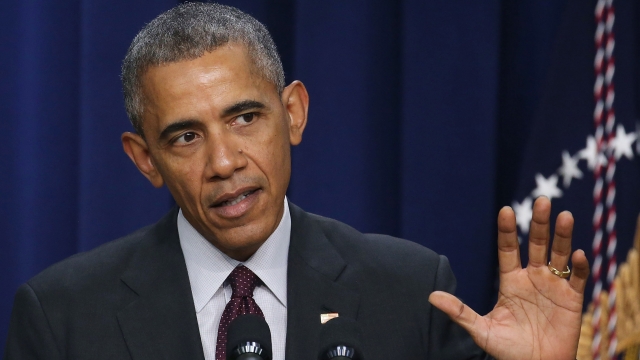 For the first time in his presidency, President Obama will visit an American mosque next week. The president will deliver a speech at the Islamic Society of Baltimore on religious freedom and acceptance. (Video via The White House)

The White House says, during the visit the president will "celebrate the contributions Muslim Americans make to our nation and reaffirm the importance of religious freedom to our way of life.”

President Obama has been criticizing increasing anti-Islamic sentiment in the United States. "When politicians insult Muslims, whether abroad or our fellow citizens, when a mosque is vandalized, or a kid is called names, that doesn’t make us safer," the president said during the 2016 State of the Union.

Fear of terrorist attacks on American soil has risen after attacks in San Bernardino and Paris. And according to a study by the Council on American-Islamic Relations, attacks on mosques in 2015 were at the highest point since the group began keeping track in 2009.

But presidents visiting mosques is obviously nothing new. President George W. Bush famously visited one just 6 days after the attacks on September 11, in another attempt to quell intolerance.

"The face of terror is not the true faith of Islam. That's not what Islam is all about. Islam is peace," President Bush said when he visited the Islamic Center at Washington D.C. (Video via MSNBC)

There's been no official word yet why the Baltimore mosque was chosen but according to WJZ-TV, police have had to add more security surrounding it after phone threats were made last year.