Obama Weighs In On Ferguson Shooting Of Two Cops On 'Kimmel' 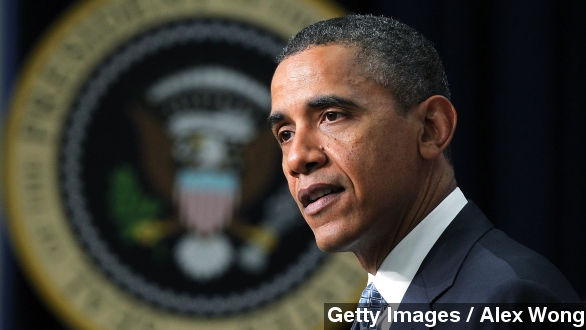 On "Jimmy Kimmel Live" Thursday night, President Obama spoke out for the first time about the two police officers shot while confronting protestors outside the Ferguson Police Department. (Video via The White House)

"There was no excuse for criminal acts. And, whoever fired those shots ... They're criminals. They need to be arrested," Obama said.

Obama urged Americans to not make generalizations on either side of the conflict, whether it pertains to law enforcement or the protesters.

He also didn't pull any punches about the recent Department of Justice report that ripped into the Ferguson Police Department for its unfair targeting of African Americans.

Obama said the the protestors had "very legitimate grievances" and that he understands why so many people in the Ferguson community are upset.

"African Americans were being stopped disproportionately mainly so the city could raise money even though these were unjust," Obama said.

Obama's appearance on "Kimmel" comes as protests continued outside the Ferguson police department into the night Thursday. The Missouri State Highway Patrol and St. Louis County officials were brought in to control the crowds.

Police in St. Louis are also currently in the midst of a manhunt to track down the suspects responsible for shooting the two officers — both of whom were treated and released from nearby Barnes-Jewish Hospital Thursday.