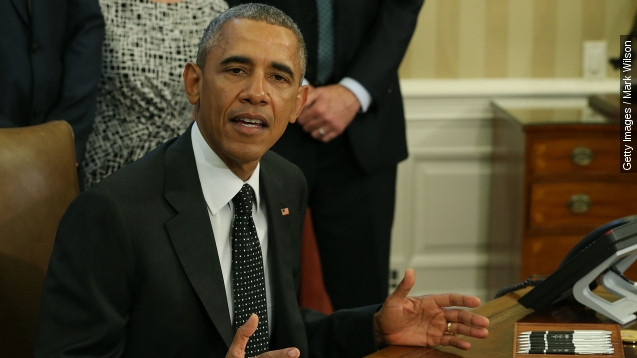 President Obama wants federal contractors to give their employees paid sick leave, and he's using an executive order to get it done. (Video via The White House)

The order would ensure full- and part-time workers get an hour of sick leave for every 30 hours worked, totaling up to seven days a year. (Video via OurDC)

It's part of an ongoing effort by the president to improve benefits for federal contractors using such orders. Last year, President Obama signed a similar order raising the minimum wage for contractors. (Video via The White House)

The president's opponents have criticized his use of executive orders, alleging he's overused them and overstepped his powers. (Video via Fox News)

But with this latest order, the president will have signed 217 executive orders, compared to his predecessor George W.  Bush's 291 and Bill Clinton's 364.

And the president's latest order won't take immediate effect. As The New York Times points out, "Because it must first go through a public comment period, it will apply only to new federal contracts starting in 2017."

For its part, the administration says the president has tried to use his executive orders to prompt congress to act on issues it hasn't addressed.

But some of the president's executive orders, like his order on immigration, have been held up in court after states challenged their constitutionality. (Video via KOB-TV)