Obama Tweeted A 69 Percent Stat; The Response Was Predictably Immature 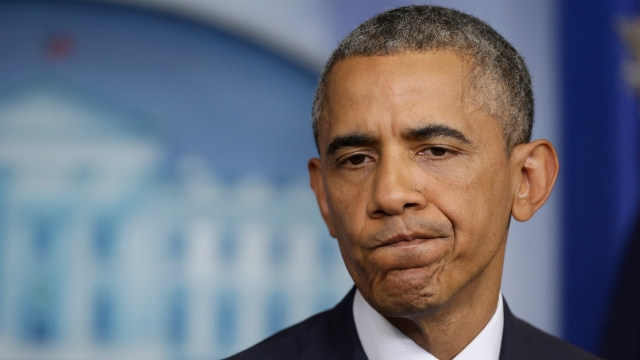 SMS
Obama Tweeted A 69 Percent Stat; The Response Was Predictably Immature
By Ben Lawson
By Ben Lawson
May 14, 2016
President Obama should've known better when he tweeted that 69 percent of Americans want the Senate to vote on his Supreme Court nominee.
SHOW TRANSCRIPT

President Barack Obama learned the hard way that you can't count on a Twitter audience to take issues seriously.

Obama is currently trying to get the Senate to vote on his nominee for the U.S. Supreme Court, Merrick Garland, but the GOP-controlled chamber is refusing to hold hearings on the subject.

To draw support, Obama tweeted this graphic that says 69 percent of Americans want the Senate to vote on Garland. We'll let you guess what part of this Twitter found funny.

Many replies to the tweet simply say "nice," but the comments could have been way worse ... so that's something.

Of course, you could argue there's some symbolism here. Both sides of one of the most divisive and important decisions in D.C. right now are giving and receiving criticism over what to do about the SCOTUS nomination.