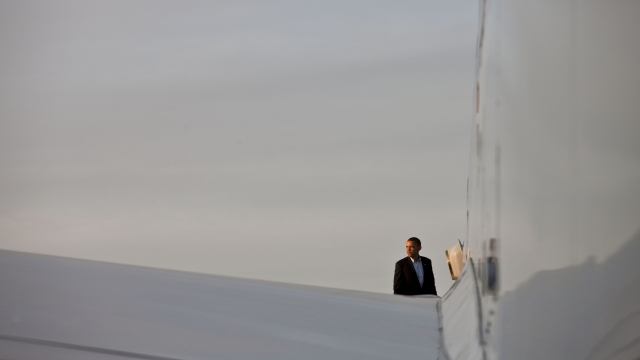 President Barack Obama's final international trip could take on a different tone than he might have hoped.

President-elect Donald Trump's victory over Hillary Clinton shocked and concerned some of the country's closest allies. This resulted in protests similar to the ones seen here in the U.S.

Obama will travel to Greece and Germany before heading to South America for the Asia-Pacific Economic Cooperation summit.

NATO allies worry Trump's presidency will shake up U.S. support of the longstanding defense agreement. Trump questioned some members' commitment to the alliance while he was on the campaign trail.

Others are concerned about the possibility that Trump could pull out of the Paris climate agreement. And his apparent admiration for Russian President Vladimir Putin is also worrying Western nations.

White House Press Secretary Josh Earnest reminded reporters in a briefing last week, "... our alliances have transcended individual presidents and individual political parties in part because some of our alliances are rooted in the deep cultural ties between our two countries."

It's still unclear what Trump's foreign policy agenda will look like, but one White House official did say the current national security team will work closely with Trump's team to help with a smooth transition.