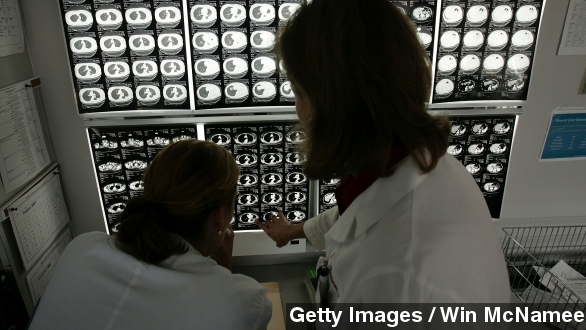 "I'm launching a new Precision Medicine Initiative to bring us closer to curing diseases like cancer and diabetes and to give all of us access to the personalized information we need to keep ourselves and our families healthier. We can do this," said President Obama during the 2015 State of the Union Address.

On Friday, President Obama is expected to elaborate on the Precision Medicine Initiative, which he first introduced during last week's State of the Union Address. Obama will ask Congress for $215 million to help get the project off the ground.

The associate director for science at the White House Office of Science and Technology Policy explained, "Precision medicine is about moving beyond [the] one-size-fits-all approach to medicine and, instead, taking into account people's genes, their microbiomes, their environments and their lifestyles."

If the budget is approved, right off the bat it will mainly focus on cancer research and treatment. There are four major players in the initiative which would receive that $215 million.

First, the National Institutes of Health would get the lion's share — $130 million to help create a database to track data of about 1 million volunteer donors.

"Now, that will of course include genomic sequencing. But it will also include things like lifestyle, things from their medical records, use of personal health devices, all sorts of things. So it's a really comprehensive project," explained a reporter for CNBC.

$70 million would go to the National Cancer Institute to help discover if there are genetic factors that lead to cancer.

The Food and Drug Administration would receive $10 million to create structures to better deal with personalized medicine and fast-track breakthroughs.

Lastly, $5 million is expected to go to the Office of the National Coordinator for Health Information Technology  to create a better technological system for the new incentive.

At least four large pharmaceutical companies — including Illumina, which heavily focuses on genetic sequencing — are expected to attend a White House event Friday where more information will be released.