President Obama Plans To Increase Number Of Refugees Admitted Into US 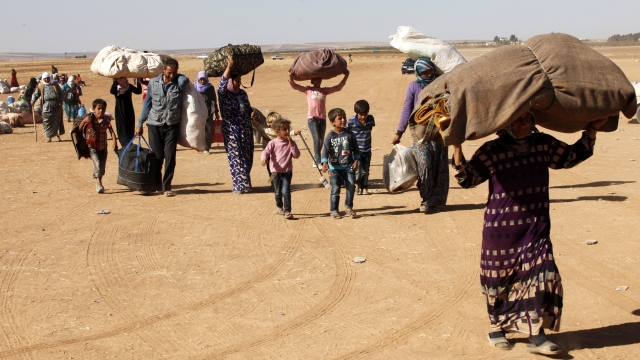 SMS
President Obama Plans To Increase Number Of Refugees Admitted Into US
By Ryan Biek
By Ryan Biek
September 14, 2016
The number is expected to increase by 30 percent.
SHOW TRANSCRIPT

The Wall Street Journal reports President Barack Obama plans to boost the number of refugees admitted into the U.S. by 30 percent during the 2017 fiscal year.

Millions of Syrians have been displaced by the country's civil war and ISIS' campaign in the Middle Eastern nation.

The Obama administration met its goal of admitting 10,000 Syrian refugees by the end of last month. However, in some ways it was a hard mark to reach.

Last November, 30 governors publicly asked Obama to stop admitting Syrians until security concerns could be addressed –– the fear being terrorists could sneak into the country as refugees.

Then in May, Obama faced criticism from refugee advocates when the U.S. had taken in less than a third of its goal for resettling displaced Syrians.

But before Obama's new proposed goal can be met, a new president will be in office. The two leading candidates have vastly different opinions on the matter.

Hillary Clinton has called for 65,000 Syrians to be admitted. Donald Trump has largely been against admitting Syrian refugees, at times calling them a "Trojan horse" for terrorists to enter the U.S.