Obama Thinks Hillary Is More Qualified Than Him (And Her Husband) 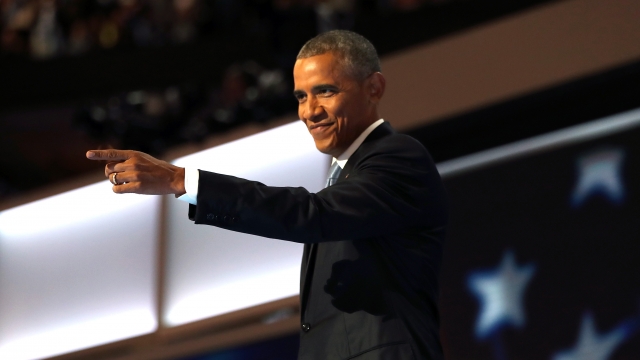 By Katie Link
July 27, 2016
He ran against her in 2008 and worked with her in the White House. At the DNC, he made the case for putting her in the Oval Office.
SHOW TRANSCRIPT

"I can say with confidence there has never been a man or a woman, not me, not Bill, nobody, more qualified than Hillary Clinton to serve as president of the United States of America," President Barack Obama said.

He ran against her in 2008 and worked with her in the White House. At the DNC, he made the case for putting her in the Oval Office.

"Eight years ago, you may remember Hillary and I were rivals for the Democratic nomination. ... I was worn out. She was doing everything I was doing but just like Ginger Rogers it was backwards in heels," Obama said.

As for the bit about Hillary being more qualified than Bill, he apologized — kind of.

"I hope you don't mind, Bill, but I was just telling the truth, man," Obama said.