Obama Tries To Stay Neutral While Kind Of Criticizing FBI 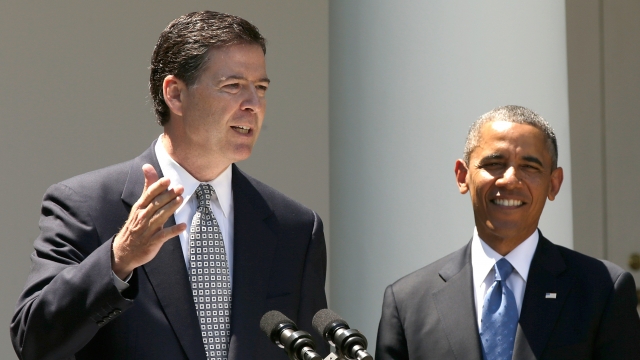 SMS
Obama Tries To Stay Neutral While Kind Of Criticizing FBI
By Ethan Weston
By Ethan Weston
November 2, 2016
In an interview, President Obama hinted at how he feels about FBI director James Comey and the bureau's continued investigation into Clinton's emails.
SHOW TRANSCRIPT

President Barack Obama seems to be questioning the FBI's decision to announce new probes into Hillary Clinton's emails this close to the election.

During her term as secretary of state, Clinton kept a private email server at her house in New York. When that server came to light, the FBI began investigating whether she had broken the law by mishandling classified information. Earlier this summer, the organization decided not to level any charges against Clinton.

But then in October, FBI Director James Comey notified Congress that the FBI had discovered emails possibly related to Clinton on a computer co-owned by top Clinton aide Huma Abedin and former congressman Anthony Weiner.

That's probably the closest Obama has come to criticizing Comey, though he never used his name in the interview.

But that sounds a lot different from Obama's description of Comey after the FBI decided not to pursue criminal charges against Clinton back in July.

"Director Comey could not have been more exhaustive," Obama said during a NATO press conference.

Even if he's hinting at his disappointment in Comey, Obama and the White House have been trying to remain pretty neutral on the subject of Comey and the new email probe.

"I'll neither defend nor criticize what Director Comey has decided to communicate to the public about this investigation," said press secretary Josh Earnest.

"The president doesn't believe that he's secretly strategizing to benefit one candidate or one political party," Earnest told reporters.

Obama says he's trying to avoid looking like he's "meddling in what are supposed to be independent processes."