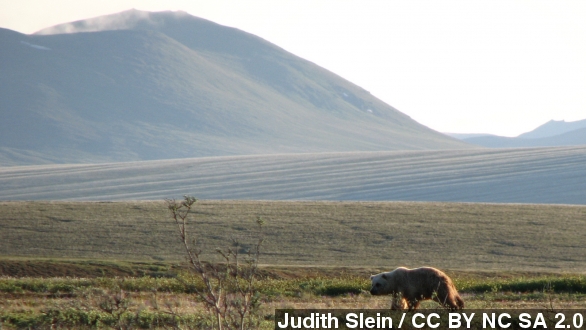 12.28 million acres of land are at the heart President Obama's new plan to safeguard the Arctic National Wildlife Refuge in Alaska. (Video via The White House)

The president is trying to designate the land as wilderness, which would guarantee it the highest level of protection the government can offer.

And his announcement — as well as the Department of the Interior's plan — has rubbed some Alaska politicians the wrong way.

That's Alaska's senior Sen. Lisa Murkowski, who has been fighting for more than a decade to open up land in the refuge, often referred to as "ANWR," for exploration and development. On her site, she described the president's plan as "declaring war on Alaska's future." (Video via C-SPAN)

As The Washington Post points out, Murkowski is also the chair of the Senate Appropriations subcommittee on the interior and the environment.

And as such, she has control over the interior department, which would play an integral role in protecting the land. That adds weight to her threat to "hit back" against the administration. And she isn't alone because to fully protect the land, the president needs congressional approval.

In the context of a Republican-majority Congress and the fact that the fight over ANWR has been going on for decades, that doesn't seem likely. But luckily for the president, oil exploration in ANWR would also require congressional approval. (Video via American Museum of Natural History)

So for now, ANWR remains both unexplored and not completely protected, and all that has changed is there's a new war of words over the territory.