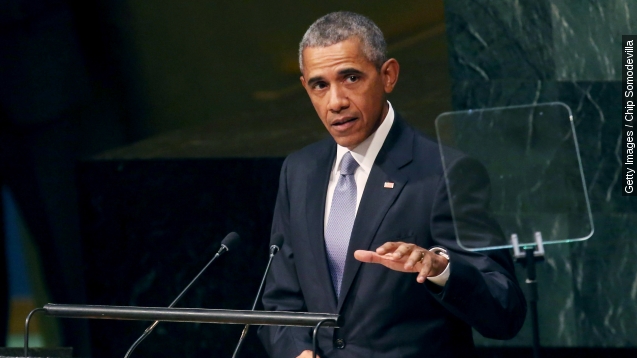 Russia's Vladimir Putin was a no-show during President Obama's U.N. speech. That was probably for the best.

"We see some major powers assert themselves in ways that contravene international law," Obama said.

"We want a strong Russia that's invested in working with us to strengthen the international system as a whole," Obama said.

"Imagine if, instead, Russia had engaged in true diplomacy," Obama said.

Putin and Obama have a sit-down meeting Monday. It should be … pleasant.

This video includes visuals from C-SPAN.