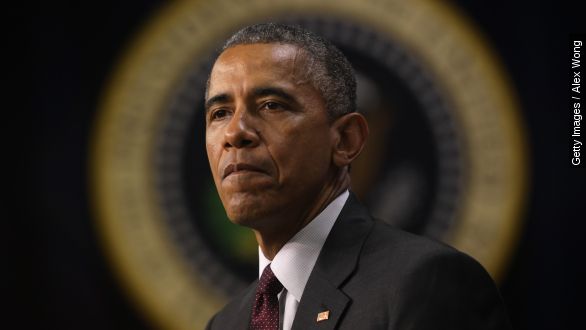 "The motion is not agreed to."

And with that, the Senate blocked debate on a bill that would have given President Obama what's known as fast-track authority. A defeat handed to him not by Republicans but from members of his own party. (Video via C-SPAN)

Tuesday’s vote could make it a lot harder for President Obama to negotiate the Trans-Pacific Partnership.

That's the free trade agreement involving 11 other countries, which altogether account for 40 percent of the global GDP.

Under fast track authority, lawmakers could only ratify or reject the TPP. They couldn't amend it. Without fast-tracking, potential trade partners could agree on a deal, and theoretically, Congress could modify that deal after the fact. So, it's easy to see why Obama was pushing for it.

He's hardly the first president to do so. Lawmakers granted fast-track authority to both President Bill Clinton and President George W. Bush.

The trade deal has created an unusual alliance between the White House and Republicans.

"You can't have negotiations with another country if that country thinks when you bring it back to Congress, they’re just going to rewrite the agreement," Rep. Paul Ryan said on Fox News.

But many Democrats — in particular the party's liberal wing — are skeptical not just of fast track but of the TPP altogether, which they say would benefit big business at the expense of American workers.

"American workers have really been slammed by past trade deals," Sen. Elizabeth Warren said on MSNBC.

Historically, Democrats have been less supportive of trade deals. Only about 40 percent of House Democrats voted for NAFTA in 1993.

This video includes an image from Getty Images, the Government of Chile, the Congressional Research Service and the White House.