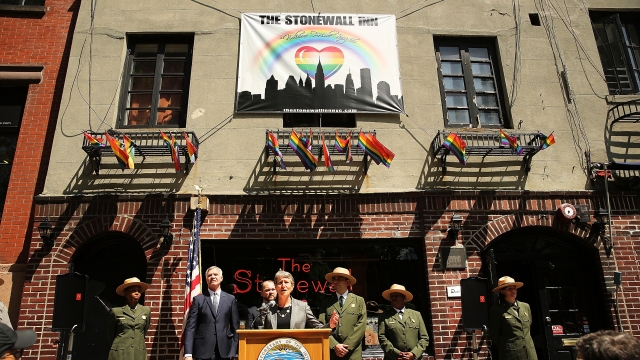 Stonewall Inn in New York City is now a national monument — a historic first for the LGBT community. President Obama made the announcement Friday.

"I believe our national parks should reflect the full story of our country: the richness and diversity," President Barack Obama said.

Stonewall opened as a gay bar in the 1960s but was subject to multiple police raids, which ignited the Stonewall riots in 1969.

The move to make Stonewall a national monument is another push by the Obama administration for gay rights and comes at a time when many eyes are on the LGBT community after the deadly shooting at Pulse, a gay nightclub in Orlando.