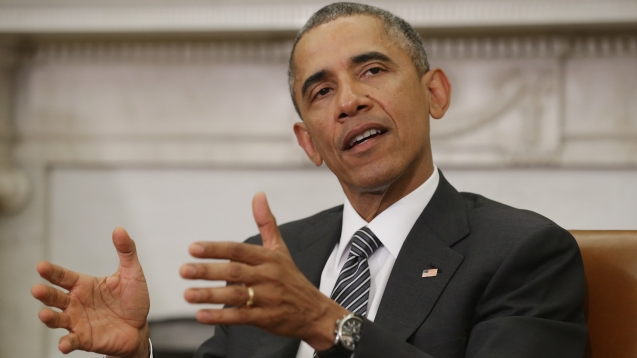 As many as 5 million immigrants could stay in the country under Obama's order, and basically, Arpaio's argument was that those people would be committing crimes in Maricopa County.

The three-judge panel, which included two Obama appointees and one judge appointed by President George W. Bush, said the suit failed "to allege an injury" because of the president's deferred-deportation program.

Obama announced in November 2014 millions of illegal immigrants could avoid deportation as long as they met certain standards.

"We’ll take steps to deal responsibly with the millions of undocumented immigrants who already live in our country," the president said in an address to the nation.

But the Obama administration hasn't been able to follow through on that pledge. There's a hold on it while Texas and 25 other states pursue a lawsuit against the plan. (Video via MSNBC)

"In Texas, we will not sit idly by while the president ignores the law and fails to secure the border," Greg Abbott, the Republican governor of Texas, said in a press conference.

While immigration can be a highly partisan issue, a Gallup poll released this week found 65 percent of Americans favor some kind of path to citizenship.