Obama Is Pretty Pumped About The New Black History Museum 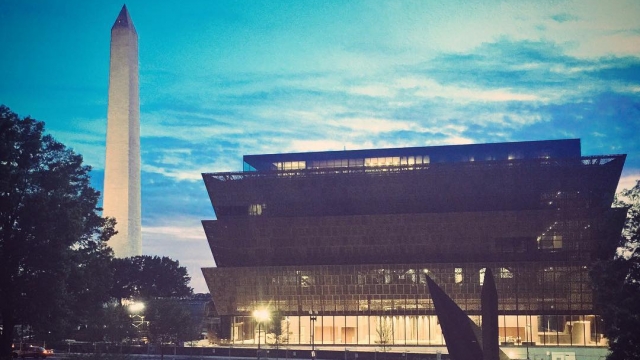 SMS
Obama Is Pretty Pumped About The New Black History Museum
By Samantha Crook
By Samantha Crook
September 23, 2016
Obama says the timing of the museum's opening is significant, given recent tensions.
SHOW TRANSCRIPT

The Smithsonian is finally opening the National Museum of African American History and Culture. And President Obama's pretty pumped about it.

At a White House reception before the opening, Obama addressed supporters of the museum like Oprah Winfrey, Harry Belafonte and Black Lives Matter activist DeRay Mckesson.

He pointed out the significant timing of the opening, given this week's tension around police-involved shootings. He said he hopes the museum can contextualize current events and highlight the story of the African-American experience.

"It is a story that is not just part of the past, but it is alive and well today in every corner of America, and that's certainly true today in this house, a house that was built by slaves," Obama said.

The museum has been a long time in the making. Former President George W. Bush signed legislation authorizing the museum in 2003, and construction started in 2012.

The public opening of the museum is Saturday.