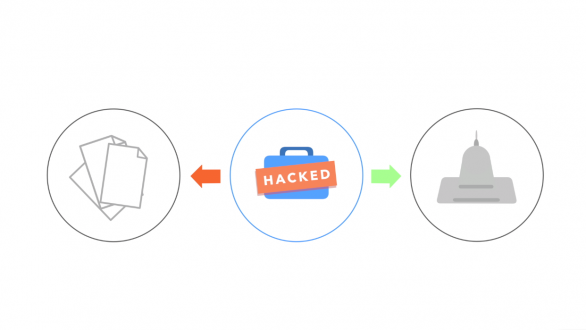 SMS
Obama's Cybersecurity Plan Explained
By Zach Toombs
By Zach Toombs
January 20, 2015
In Tuesday's State of the Union speech, the president pushed for more cooperation between the government and the private sector on cybersecurity.
SHOW TRANSCRIPT

"No foreign nation, no hacker, should be able to shut down our networks, steal our trade secrets, or invade the privacy of American families, especially our kids. We are making sure our government integrates intelligence to combat cyber threats, just as we have done to combat terrorism," President Obama said.

The first: a law requiring companies to let their customers know within 30 days if their credit cards, Social Security numbers or any other information has been hacked. Surprisingly, there's no national standard for this yet.

The second idea has been brought up and shot down before. The policy gives new legal and federal help to companies hit by cyberattacks. But it also requires those companies to share more data with the NSA and other agencies.

And that's a pretty tough sell both to Congress and to an American public that's especially wary of NSA surveillance.