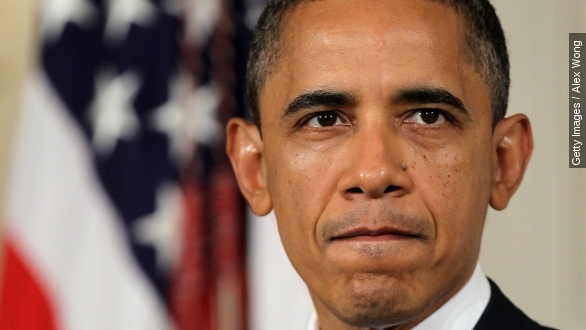 Twenty-two convicted felons are getting a letter from President Obama telling them they’re getting out of jail earlier than they thought.

On Tuesday, the White House announced Obama is reducing the sentences of several people serving time for drug-related offenses like possession and distribution.

This is part of a broader push by the Obama administration to reform the types of punishments people get for non-violent drug offenses.

More than half of all inmates at federal prisons are there for drug-related charges, according to a Bureau of Justice Statistics report from 2013, the most recent year surveyed.

"We got to re-examine how sentencing is working — and make sure it’s done equally, by the way, because we know, statistically, it’s been demonstrated that African American men are more likely to be arrested than their counterparts ... more likely to get stiffer sentences, despite the fact that they are no more likely to use drugs or deal drugs than the general population. And that’s a problem," President Obama said.

Back in 2010, Obama signed the Fair Sentencing Act into law. That law reduced the huge disparity in the amount of crack cocaine it took to merit a minimum mandatory sentence as opposed to powder cocaine.

Minimum mandatory sentences mean that for certain offenses, defendants automatically get a set punishment. It's basically a one-size-fits-all approach to sentencing, and it's usually used in drug cases.

"There are two big problems that we face as a result of these mandatory minimum sentences within our federal system. First, they're not needed to ensure public safety and second, they're having a negative impact on certain disadvantaged communities," Senator Mike Lee said.

Now, another act that has been introduced in Congress proposes further reforms and has the support of the Obama administration. It’s called the Smarter Sentencing Act, and it includes a proposal to throw out minimum sentence requirements in cases where the defendant has a fairly clean criminal history.

"These reforms have the potential to help make our criminal justice system not only fairer, but also – by reducing the burden on our overcrowded prison system – more efficient," U.S. Attorney General Eric Holder said.

The White House has said it will continue to review petitions for clemency for individuals who were sentenced under older laws. So far, the Obama administration has received the most commutation petitions on record.