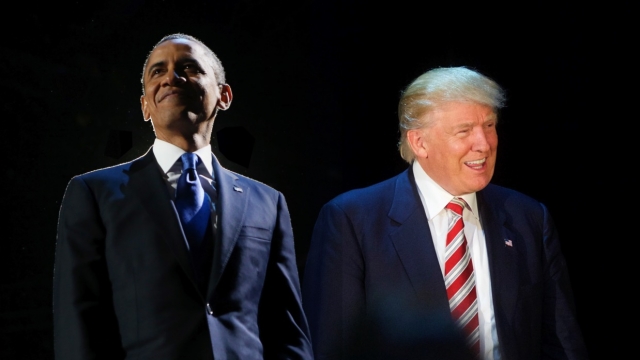 President Barack Obama had some choice words for Donald Trump after the GOP candidate made this comment about black voters at a North Carolina rally earlier this week.

"Our African American communities are absolutely in the worst shape that they've ever been in before, ever, ever, ever," Donald Trump said.

Trump has repeatedly said black Americans should vote for him because he says they are in such a dire state.

"You're living in poverty," Trump said. "Your schools are no good. You have no jobs. Fifty-eight percent of your youth is unemployed. What the hell do you have to lose?"

Trump's comments came in the wake of the fatal police shooting of Keith Lamont Scott in Charlotte, North Carolina, and the violent protests that followed.

And the Republican presidential nominee tried to pin the turmoil on Obama and said the protests "look bad to the rest of the world."

For his part, Obama has repeatedly urged protesters to remain peaceful and said riots won't fix the divide between law enforcement and the communities they serve.