Obama Reminds Us (Again) Why He Won't Say 'Radical Islam' 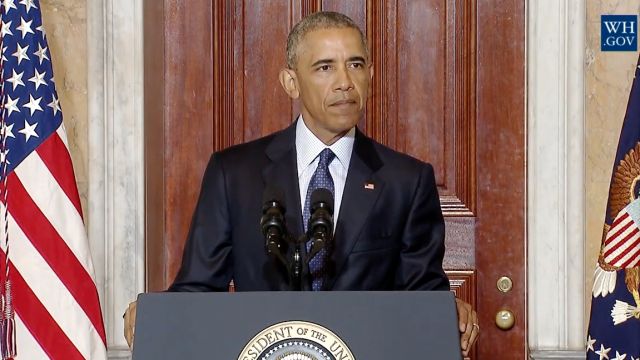 "We are doing everything in our power to stop these kinds of attacks," President Obama said.

The Obama administration has a policy of avoiding the phrase "radical Islam" when it comes to terrorist attacks.

But after the Orlando mass shooting, neither of his potential successors has shied away from the term.

"Whether you call it radical jihadism, radical Islamism, I think they mean the same thing. I'm happy to say either," Hillary Clinton told CNN.

Donald Trump said during a campaign event, "Islamic radicalism — and that's a very, very important term, a term that the president refuses to use ... "

But Obama isn't budging on the issue; he said labeling terrorism "Islamic" is not just useless but dangerous.

"There's no magic to the phrase 'radical Islam.' It's a political talking point, not a strategy," he said.

The president offered a vocal defense of his national security and counterterrorism efforts, pointing to airstrikes on ISIS and the raid that killed Osama bin Laden. Obama said none of these efforts have been hindered by refusing to use the phrase "radical Islam."

Obama also called on Congress to pass new gun control laws, specifically referring to legislation that would keep people on the "no-fly" list from purchasing weapons.

This video includes clips from WPTV and the U.S. Department of Defense. Music provided courtesy of APM Music.