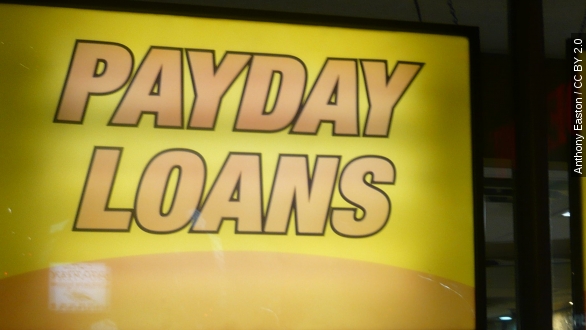 Payday loans are considered a short-term solution to some, an endless cycle of debt to others — and now they're facing new scrutiny.

Both President Obama and the Consumer Financial Protection Bureau, or CFPB, planned to set their sights on the industry Thursday — Obama in a speech, the CFPB with proposed new regulations.

The subject matter of the President's Birmingham, Alabama, speech was initially confirmed by Democratic representative Terri Sewell of Alabama. (Video via Alliance for American Manufacturing)

As AL.com reports, Sewell expects the speech will highlight "the urgent need for stronger consumer protections and increased transparency."

Cordray's proposal will include verifications of a borrower's income, debt and borrowing history before issuing a loan. It will also include a mandatory "cooling off" period of 60 days after a borrower takes out three consecutive loans.

"Basically payday loans are the Lays potato chips of finance. You can't have just one, and they're terrible for you," 'Last Week Tonight' host John Oliver said.

As the Center for Responsible Lending reports, interest rates on payday loans are often more than 400 percent annually.

And as a previous CFPB study found, 80 percent of payday loans were "rolled over or followed by another loan within 14 days."

Of course, this is simply a proposal. It still has to go under review before making changes official.