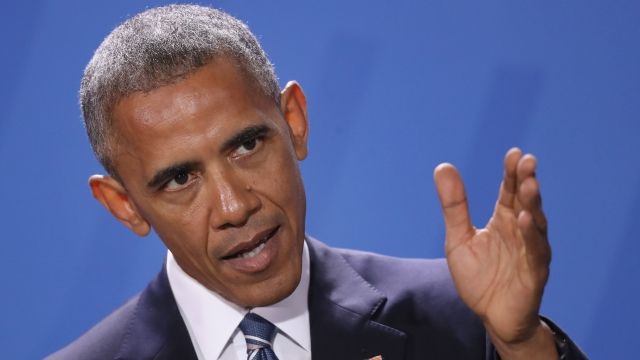 President Barack Obama says the U.S. will take action against Russia over the country's alleged meddling in the election.

"Some of it may be explicit and publicized. Some of it may not be. But Mr. Putin is well aware of my feelings about this because I spoke to him directly about it," Obama said during an interview with NPR.

In mid-December, the CIA said it identified people connected to the Russian government who hacked emails from Democrats and gave them to WikiLeaks.

Those who believe that Russia was trying to sway the outcome of the November U.S. election say Hillary Clinton was the victim.

Hacked documents released on WikiLeaks in 2016 hampered Clinton's campaign and the Democrats. And according to The New York Times, the FBI had known about a Democratic National Committee hack in September 2015.

In an op-ed for The Washington Post, her campaign chairman John Podesta criticized the FBI for not acting sooner.

He wrote, "Comparing the FBI's massive response to the overblown [Clinton] email scandal with the seemingly lackadaisical response to the very real Russian plot to subvert a national election shows that something is deeply broken at the FBI."

Podesta went on to say, "The election is over and the damage is done, but the threat from Russia and other potential aggressors remains urgent and demands a serious and sustained response."

A bipartisan group of senators, including Republican John McCain and Democrat Chuck Schumer, have called for an investigation into Russia's election interference.