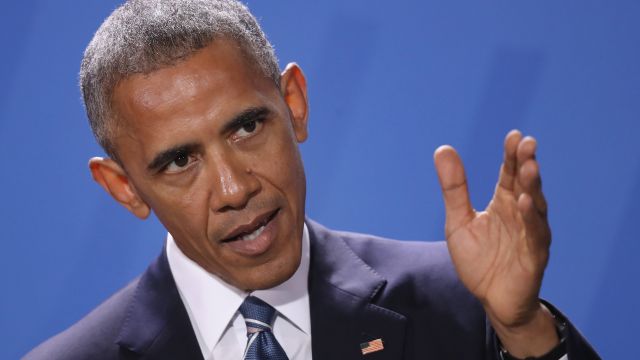 "We are committed to ensuring the integrity of our elections, and this report will dig into this pattern of malicious cyberactivity tied to our elections," White House spokesman Eric Schultz said.

President Obama has ordered a comprehensive report on any Russian meddling in the 2016 election. And several GOP senators have his back on this.

The report would compile every instance of hackers targeting the election, and it could outline possible steps the U.S. might take to punish the hackers.

That's something Republican Sen. Lindsey Graham has been pushing for. He told CNN he's planning investigations into Russia's conduct during the election.

GOP Sen. John McCain is also planning his own investigation of Russia's hacking capabilities — something he's described as a national security issue.

SEE MORE: A Power Grid Cyberattack Isn't Just An Idea In The Movies

But it sounds like the president-elect disagrees. Donald Trump recently dismissed the accusations against Russia as politically motivated.