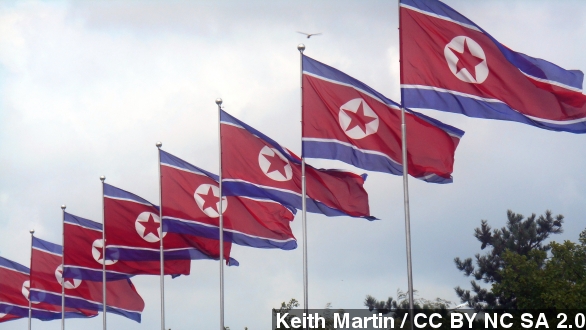 The White House is imposing new economic sanctions against North Korea after accusing the country's government of orchestrating the Sony Pictures hack.

"We will respond proportionately ... in a place and time and manner that we choose," President Obama said in December.

These new restrictions target 10 North Korean officials and three organizations, two of which have ties to the government’s military. The sanctions prevent them from accessing the U.S. financial system or entering the country.

Although the U.S. didn't trade with the organizations before, a CNN analyst explains that these sanctions will likely still be detrimental to them.

"It is still a significant financial penalty to deny them any access to U.S. dollar trades through the U.S. financial system because you don't have to be dealing directly with the U.S. for that to impose costs on you," Jim Sciutto says.

The 10 government officials targeted did not previously have any sanctions against them, and White House officials say they were central to a number of "provocative actions" against the U.S.

The FBI blamed the North Korean government for the cyberattack on Sony Pictures, although others still accuse former Sony employees. (Video via ODN)

The FBI maintains the attack was in response to the company's recently released film "The Interview," which centers on a plot to assassinate North Korean leader Kim Jong-un.

The White House said in a statement, "This [executive order] is a response to the Government of North Korea's ongoing provocative, destabilizing, and repressive actions and policies, particularly its destructive and coercive cyber attack on Sony Pictures Entertainment."

Set by the Obama and Bush administrations, those sanctions block North Korean organizations and individuals believed to be involved with drug trafficking or buying or selling weapons.

White House officials say this is just the first step in its response to the cyberattack.