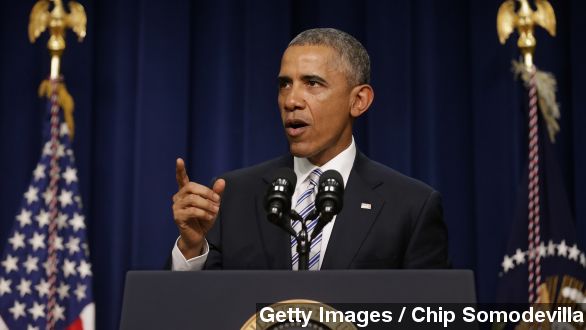 Speaking at the Summit on Countering Violent Extremism on Wednesday, President Obama called on Americans and the world alike to counter violent extremism with a multi-faceted approach.

His first point, and probably the most controversial, was that terrorist groups, such as ISIS, do not represent Islam.

“We are not at war with Islam. We are war with people who have perverted Islam.”

Reactions to the line varied.

A Fox News host said it was “terrifying.”

“I mean, we are at war with people who are trying to kill us and we have a situation where we are all fighting over who our enemy is and the president will not say 'Islamic extremism'...”

Others pointed out how this is the same kind of rhetoric the administration has been pushing for a while now, trying to separate any legitimacy ISIS may have as a state or as a religious cause.

Aside from combating extremist ideologies, President Obama called on the international community to bolster efforts to promote development and to fight corruption — two factors he says terrorists can use to draw the youth to their cause.

“Where young people have no education, they are more vulnerable to conspiracy theories and radical ideas, because it's not tested against anything else...”

U.S. State Department spokeswoman Marie Harf made a similar point earlier in the week on MSNBC, which drew criticism from some conservative outlets.

A writer for The Daily Beast was a little softer on Harf, conceding that sometimes extremist groups are the only way out for young people in poorer countries.

The president wrapped up day two of the summit, pushing for more acceptance of Muslims in Western nations.

“And finally, we need to do what extremists and terrorists hope we will not do, and that is stay true to the values that define us as free and diverse societies.”

President Obama will speak at the State Department on Thursday to representatives from more than 60 countries about how to combat extremism.