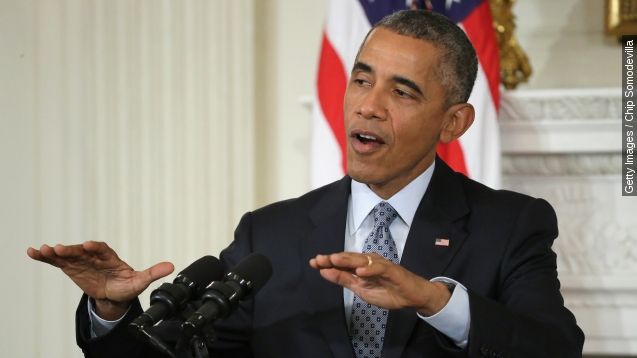 President Obama proposed new unemployment and re-employment legislation, building on the concerns he mentioned in the State of the Union address.

"If a hard-working American loses her job, regardless of what state she lives in, we should make sure she can get unemployment insurance and some help to retrain for her next job," President Obama said in a weekly address.

The Obama administration says unemployment insurance before 2013 played a major role in helping the economy during the Great Recession. (Video via The White House)

The proposal also builds on unemployment protection to include wage insurance for people who take lower-paying jobs than what they had before.

If displaced workers take a pay cut at a new job, the insurance could cover half their lost wages — up to $10,000. To be eligible you'd have to have had the previous job for at least three years.

More details on the proposal will be included in the president's upcoming budget.