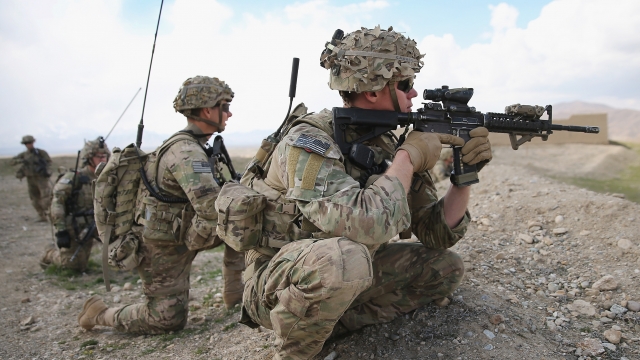 President Obama is giving U.S. military commanders more flexibility when it comes to targeting the Taliban in Afghanistan.

Under the new authority, American forces will be able to accompany Afghan troops for more operations, including some that would put them in contact with the Taliban. Also, airstrikes won't have to be justified as protecting American troops, giving more latitude to military leaders.

The secretary of defense says this is about being proactive, adding, "It's using forces we have in a better way, as we go through this fighting season, rather than simply reacting."

The biggest takeaway from the announcement is the end of the war in Afghanistan is much further than some might have hoped.

In 2014, the president announced a massive troop drawdown, with fewer than 10,000 American troops staying behind to basically train and advise Afghan forces.

But those forces have been outmatched by the Taliban, and the country's government is still unstable, which makes it more difficult to order a full troop pullout.

Pentagon officials say they don't believe this will cause U.S. troops to be in direct combat moving forward.

This video includes clips from The White House, NATO, U.S. Army and U.S. Department of Defense.