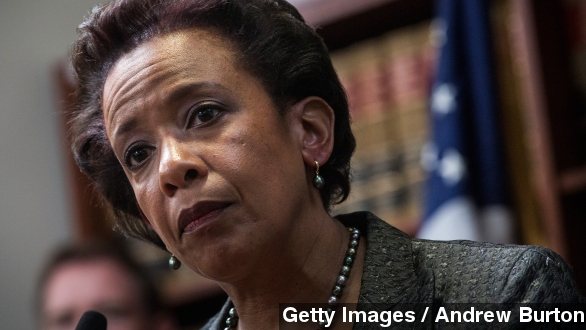 A White House press release says, “Ms. Lynch is a strong, independent prosecutor who has twice led one of the most important U.S. Attorney’s Offices in the country.”

Lynch is currently the top federal prosecutor in Brooklyn and would become the first black woman to head the Justice Department. (Video via CBS)

Lynch — as The New York Times points out — does not have direct ties to President Obama, which could make her a harder target for President Obama's critics.

Still, some analysts are calling Lynch a surprising pick since she is not particularly well-known.

JEFFREY TOOBIN FOR CNN: "Not in the United States and not even in New York. So I guess that's why a job of this magnitude, frankly, is surprising."

But those who do know Lynch might remember her for being on the team that successfully prosecuted the police officers said to have sodomized a Haitian immigrant.

The announcement will be held Saturday in The White House’s Roosevelt Room.