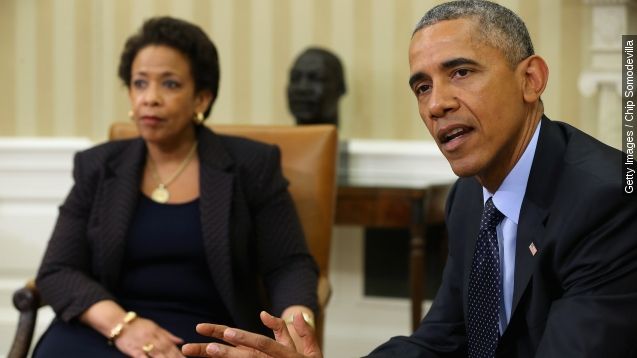 President Obama will start off the new year with a bold move on one of the most divisive issues in America.

On Monday, Obama will meet with Attorney General Loretta Lynch to consider executive actions he could issue in an effort to curb gun violence.

In his weekly address from the White House, Obama said Congress isn't doing enough to address the issue.

He wants to put a plan in place that will respect Americans' Second Amendment rights while keeping guns away from the "irresponsible, dangerous few."

"I get too many letters from parents and teachers and kids to sit around and do nothing," Obama said in the weekly address from the White House.