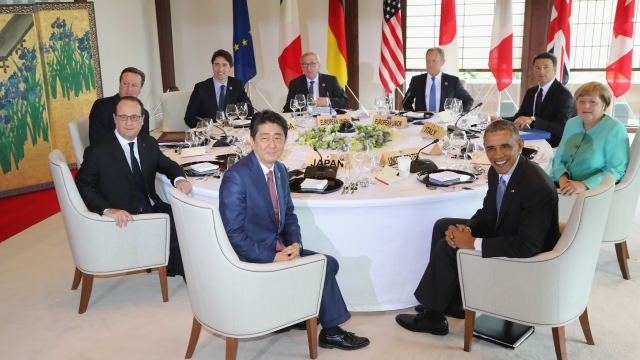 SMS
Obama Doesn't Hold Back When Criticizing Trump's Foreign Policy
By Melissa Prax
By Melissa Prax
May 26, 2016
During his trip to Japan, President Obama met with several world leaders, whom he described as worried about Donald Trump's foreign policy plans.
SHOW TRANSCRIPT

President Barack Obama isn't a fan of Donald Trump's diplomacy plans and on Thursday said he doesn't blame world leaders if they aren't, either.

"They're rattled by him, and for good reason because a lot of the proposals that he's made display either ignorance of world affairs or a cavalier attitude," Obama said.

Obama's latest visit to Japan included a meeting with several world leaders who Obama said were worried about how the presumptive GOP nominee plans to handle other countries.

Those referenced comments included Trump's stance on U.S. troops in Japan, which he voiced in early May.

"Of course they should pick up all the expense. Why are we paying for this? I mean, we are paying to protect them," Trump said.

Obama has been outspoken against Trump's diplomatic goals in the past.

"The person who made the statements doesn't know much about foreign policy ... or the world generally," Obama said at the Nuclear Security Summit press conference.

This video includes clips from The White House, CNN and the U.S. Department of Defense and images from Getty Images.