Obama Does More To Protect The Planet Before He Leaves Office 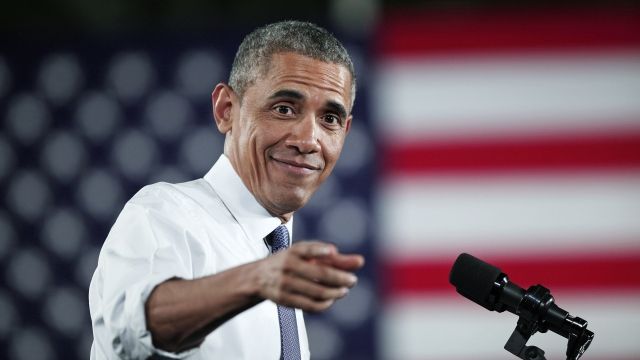 SMS
Obama Does More To Protect The Planet Before He Leaves Office
By Lindsey Pulse
By Lindsey Pulse
November 25, 2016
Many believe the protection push is partly due to Donald Trump's views on the environment.
SHOW TRANSCRIPT

President Barack Obama is on a mission to save the planet.

OK, maybe not the whole planet, but he definitely wants to save as much land as he can before his term is up. On Monday, his administration banned gold mining on about 30,000 acres near Yellowstone National Park.

This is just the latest in a long series of environmental protection efforts from the president.

In August, the administration designated what was, at the time, the largest marine protected area on the planet in the Hawaiian islands.

The month after, the administration created the Atlantic Ocean's first U.S. marine monument. Oil drilling and most commercial fishing will be banned in the area.

And in mid-November, Obama canceled 25 oil and gas leases in western Colorado.

Some speculate that the spike in federal protections is due, at least in part, to Donald Trump and his campaign for presidency.

Trump made his stances on environmental protection pretty clear throughout the campaign cycle, and they don't exactly align with the current administration's views.

Aside from calling climate change a "hoax," Trump has pledged to open onshore and offshore leasing for coal and shale energy and has said he plans to "encourage the use of natural gas."