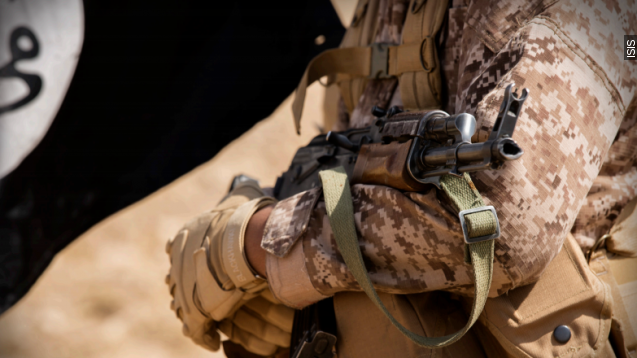 "If this Congress is serious about winning this war, and wants to send a message to our troops and the world, you should finally authorize the use of military force against ISIL," President Obama said during his 2016 State of the Union address.

Another State of the Union, another reminder that Congress hasn’t actually approved waging war on ISIS. For the second year in a row, President Obama asked lawmakers to sign off on what’s known as an AUMF — or Authorization for Use of Military Force.

"I call on this Congress to show the world that we are united in this mission by passing a resolution to authorize the use of force against ISIL," President Obama said during his 2015 State of the Union address.

Last year, the president sent a proposal to Capitol Hill that spelled out some parameters for the operation — including a ban on "enduring offensive ground combat forces" and a three-year expiration date.

In other words, the president was basically inviting Congress to limit his authority. But they passed on it. War-weary Democrats said his AUMF goes too far. Hawkish Republicans said it doesn't go far enough.

But there are some lawmakers calling for a vote.

A group of Democrats and members of the conservative Freedom Caucus wrote to House Speaker Paul Ryan in November, urging him to schedule one.

For now, the Obama administration is relying on a 2001 AUMF that authorized force against Al-Qaeda and its affiliates as justification.

That rationale is a stretch, at best. ISIS, while something of an Al-Qaeda offshoot, is far from an Al-Qaeda ally these days. The two groups are actually bitter rivals.