Obama And Congress Have Plans To Get Apple's Offshore Money 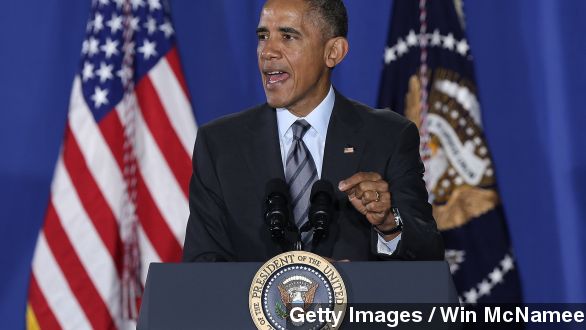 With what is sure to be a tumultuous session in Congress on the horizon, one battle between President Obama, Congress and the most profitable tech company on the planet is slowly taking shape.

On Monday, President Obama announced his budget proposal for the Republican-controlled Congress to consider.

"We can afford to make these investments while remaining fiscally responsible," he said. (Video via MSNBC)

One of the main components of the proposal is that U.S.-based companies pay a minimum 19 percent tax on their future foreign earnings. The proposal also says Obama hopes to issue a one-time, mandatory 14 percent tax on $2 trillion worth of stockpiled offshore profits. (Video via U.S. Department of Transportation)

Why does this matter to Apple? Well, the Cupertino-based company has stored a fortune in overseas accounts – more than $158 billion, to be exact — and this gigantic sum of money being held overseas has been questioned by Congress before.

"We are proud to be an American company and proud of our contribution to the American economy," Apple CEO Tim Cook said at a Senate hearing.

Back in 2013, Apple CEO Tim Cook testified in front of a Senate subcommittee about what was then $100 billion in foreign earnings.

And one of the senators who spoke up in favor of Apple during that hearing is seemingly trying to throw them another bone. (Video via CBS)

Republican Kentucky Sen. Rand Paul and Democratic California Sen. Barbara Boxer will be introducing the Invest in Transportation Act on the hill this session.

The bill — much like Obama's proposal — is designed to fund highway, road and bridge repairs and will charge American companies like Apple a 6.5 percent tax to bring overseas earnings home. The current rate for that trip is a much higher 35 percent.

Fortune writes the bill is a long shot but possible: "The bill might just fly, because 65,000 U.S. bridges and half the nation's roads are in disrepair, and the alternative is to raise taxes on the rest of us."

The one thing that is clear is that Congress has to do something to fund the Highway Trust Fund. It's scheduled to run out of money in May.