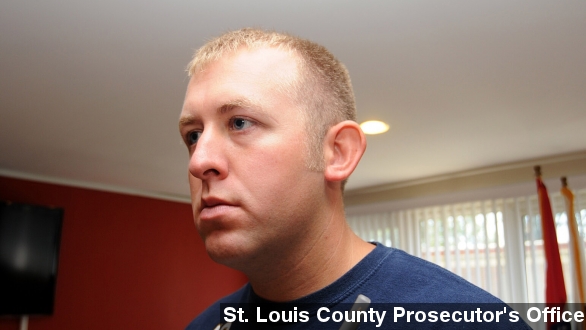 Just after new protests on MLK Day, a report says former Ferguson officer Darren Wilson will not be indicted by the Department of Justice.

The New York Times says Wilson will be cleared of violating civil rights law. That's based on three anonymous sources involved in the federal investigation into the death of unarmed black teen Michael Brown.

In November, a St. Louis County Grand Jury cleared Officer Wilson of wrongdoing after four months of civil unrest in Ferguson, Missouri. The decision lead to weeks of protests across the country.

That unrest was compounded a week later when a Staten Island grand jury decided not to indict the police officer who killed Eric Garner in this video.

While the DoJ's decision to clear Wilson of any wrongdoing will be disappointing for some, it shouldn't be surprising.

Federal law sets a much higher burden of proof. Where the state simply had to prove there was enough evidence to go to trial, in the federal case, the prosecutor would have to prove the officer shot and killed Michael Brown because he was black. (Video via ABC)

The DoJ has a separate investigation into the St. Louis County Police Department, which is also ongoing.

Similar to the investigation that just wrapped up in Cleveland where 12-year-old Tamir Rice was shot and killed by the local police department. The Department of Justice gave a scathing review of the department and found a pattern of excessive force.

There's no word yet on when the DoJ's St. Louis County investigation will conclude.