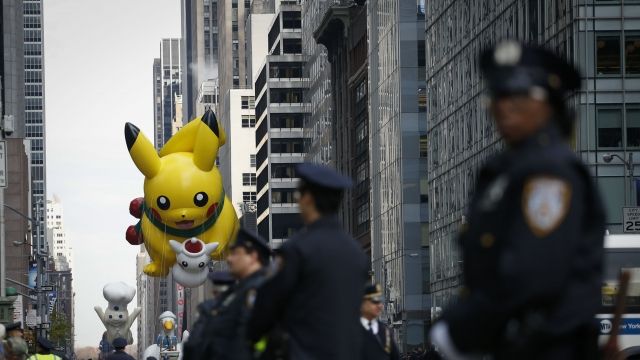 Although the New York Police Department said it hadn't heard of any "specific, credible threat," in an online propaganda magazine, ISIS called for lone-wolf attacks similar to the one in Nice, France, earlier this year.

In July, an ISIS supporter drove a truck through heavy crowds in Nice, killing more than 80 people.

But the NYPD said the calls for a Nice-style attack aren't surprising.

"This isn't something we thought of last weekend. For the last several years, we have had blocker cars on every intersection on that route," NYPD's deputy commissioner of intelligence and counterterrorism told CBS.

Those blocker cars got an upgrade this year, though. Police blocked intersections with more than 80 sand-filled trucks. When full, the trucks weigh 30 tons.

In the past, a few cross streets along the parade route were kept open for cars. But this year, the entire route was closed off.

Add to that more than 3,000 heavily-armed officers, and the NYPD feels confident in protecting the parade.