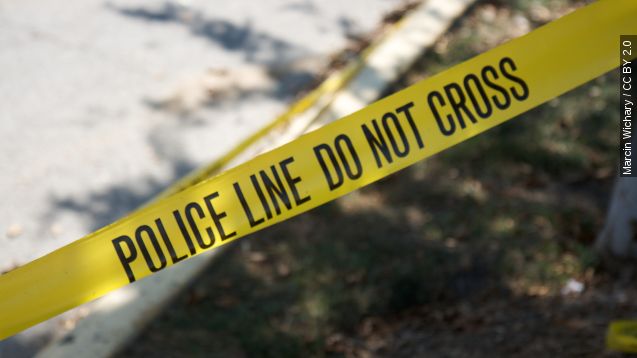 SMS
NYC Woman Accused Of Stabbing Pregnant Mother, Removing Baby
By Matt Moreno
By Matt Moreno
November 22, 2015
A woman was charged with murder after she was found at the scene where a mother's baby was cut from the womb, according to reports.
SHOW TRANSCRIPT

A New York City woman is facing murder charges after police say a pregnant mother's baby was cut from her womb.

Twenty-two-year-old Ashleigh Wade was charged with murder, criminal possession of a weapon and other charges, The New York Times reports, connected to the stabbing death of Angelikque Sutton. (Video via WCBS)

Police say Wade had been telling people for months she was pregnant, even posting a baby registry and due date online. But police say she was never pregnant.

Wade was reportedly friends with Sutton back in elementary school, and the two had reconnected before Wade invited Sutton to her apartment. That's where police found Sutton's body and Wade. (Video via WABC)

When police first arrived, Wade claimed the baby was hers but later changed her story and said she stabbed Sutton in self-defense. Wade also told police she cut out Sutton's unborn child to save the baby.

Neighbors told News 12 that Sutton would have been a great mother.

"She would have been the best possible mother to that baby. Devoted to that baby, making sure that baby had everything it needs," neighbor Monica Keller told News 12.

Sutton's child survived the attack and is reportedly in good health.