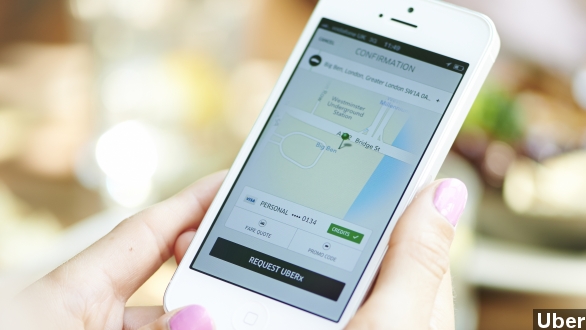 SMS
NYC Transit Reps Mad Uber Is Sharing Ride Data With Boston
By Evan Thomas
By Evan Thomas
January 14, 2015
This is the first time Uber has shared so much of its ride information with a municipality.
SHOW TRANSCRIPT

Uber might not be playing ball in New York, but the company has started sharing its ride data with the city of Boston. It’s the first time it’s ever opened up to a city this way.

Uber is sharing general, anonymous info for rides that start or end in the city, including their times, durations and locations derived from zip codes. The hope is it will help cut down on traffic snarls and inform the city’s traffic policy.

This is the same company New York City cracked down on just a week ago. Officials suspended all but one of Uber’s dispatch bases when the company refused to share ride information with the NYC’s Taxi and Limousine Commission, or TLC. (Video via Fox Business)

The move hasn’t shut down operations in the city, but a TLC rep told Newsweek, “When Uber initially came into this market, they enthusiastically committed to providing this data, and it is unfortunate that they have reneged on that commitment."

Some critics — including the Taxicab, Limousine and Paratransit Association — put it more bluntly.

GeekWire quotes a spokesperson: “Uber shared its data with Boston to get what it wants: special rules to operate there.”

An Uber rep told The Wall Street Journal the company intends to make this anonymized data available for any city that requests it, nationwide. It’s still “in talks” in New York City, though.

But there’s a balance that needs striking to protect privacy of Uber riders. Senator Al Franken has taken Uber to task for its granular ride-tracking abilities in the past. (Video via Bloomberg)

And The Verge wonders if anonymizing data to the zip code level will be enough to keep rides and riders private.