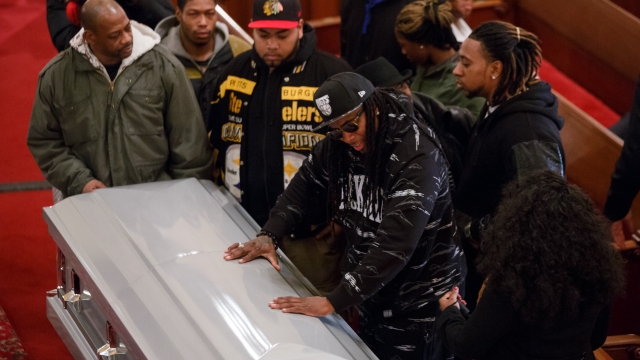 New York City has agreed to pay $4.1 million to the family of an unarmed black man police killed in a Brooklyn housing project.

Akai Gurley was killed by a ricochet bullet when he and his domestic partner entered a dark stairwell in November 2014.

Peter Liang, who was a New York police officer at the time, was eventually convicted of manslaughter in Gurley's death. The charge was later reduced to criminally negligent homicide, and he was sentenced to five years probation and 800 hours of community service.

All of the money from the settlement will go to Gurley's 4-year-old daughter when she turns 18. The money is reportedly being put in annuities that will provide her with $10 million over her lifetime.

The incident came not long after the deaths of Michael Brown and Eric Garner, which kicked off a heated debate about law enforcement killing unarmed black men.

Some argued Gurley's shooting represented questionable tactics for policing black communities, but others claimed Liang was being used as a scapegoat to compensate for a lack of white officers charged in fatal police shootings.