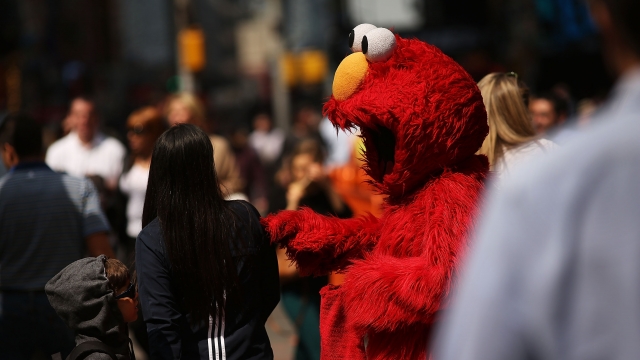 Costumed performers and Times Square just kind of go together. But the New York City Council wants to put some distance between performers and pedestrians.

The council has authorized dividing up Times Square into commercial and pedestrian zones. The city's Transportation Department still has to work out the fine details, but basically this would separate all the Elmos and Spider-Men from the main flow of foot traffic.

The plaza's costumed characters have developed a somewhat seedy reputation for aggressive behavior, but the recent regulations came after a group of topless women wearing body paint joined the performers in the square.

The square performers protested, saying the change would damage their business; The New York Times reports one Spider-Man complained, "They don’t come up to us — maybe 5 percent come up to us."

Once the Transportation Department has worked out what the zones will look like, there will be a 30-day public comment period before they take effect.