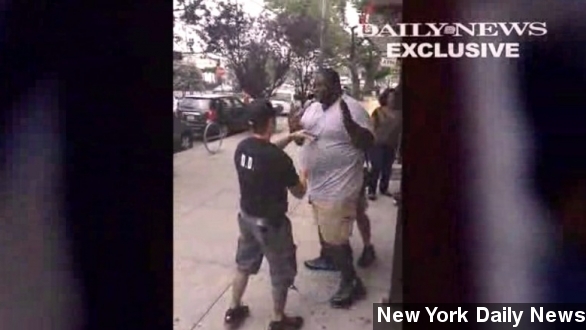 SMS
NY Judge Won't Release Grand Jury Info In Eric Garner Case
By Matt Picht
By Matt Picht
March 19, 2015
A New York state judge has decided not to release the evidence behind a grand jury's decision not to indict the NYPD officer in the Eric Garner case.
SHOW TRANSCRIPT

A New York judge has rejected a petition to make public the evidence and testimony presented to the grand jury in the Eric Garner case.

In his 12-page decision, State Supreme Court Justice William Garnett found the petitioners had failed to establish a "compelling and particularized need" for the sealed evidence to be released.

In December, the grand jury decided not to indict NYPD officer Daniel Pantaleo in the death of Eric Garner on July 17. Video of the confrontation between Garner and Pantaleo sparked outrage and protests against police use of force.

The New York Civil Liberties Union and other petitioners asked the courts to release the information presented to the grand jury, to reconcile the shocking video and the decision not to indict Pantaleo.