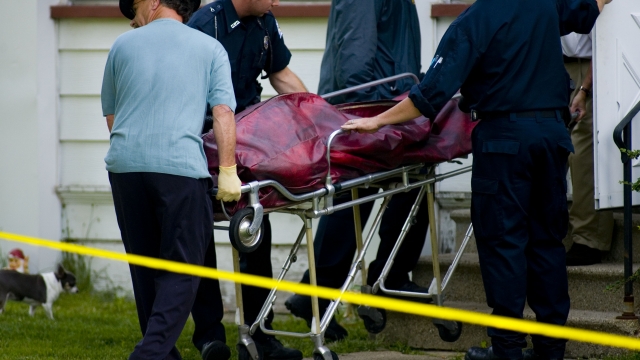 SMS
The Number Of Violent Crimes And Murders In The US Rose in 2015
By Briana Koeneman
By Briana Koeneman
September 26, 2016
According to the FBI, violent crime grew by almost 4 percent in 2015, and the murder rate jumped nearly 11 percent.
SHOW TRANSCRIPT

After two decades of falling crime rates, the number of violent crimes and murders in the U.S. is on the rise.

According to new data released Monday by the FBI, violent crime grew by almost 4 percent in 2015. The murder rate jumped nearly 11 percent.

The increase was most pronounced in a handful of big cities, like St. Louis, Chicago and Baltimore.

The report comes after a year of shooting rampages, police killings and violent protests rocked the nation. Similar incidents continued into 2016.

But crime trend experts say we shouldn't panic just yet. As the director of the Research and Evaluation Center at John Jay College of Criminal Justice told The Guardian, "You lost 50 pounds. You gained back a couple. You're not fat."

FBI Director James Comey says the numbers show we need more "transparency and accountability" in policing, and we need to be having "better, more informed conversations" about crime.