How Many ISIS Fighters Are There? It's Hard To Tell 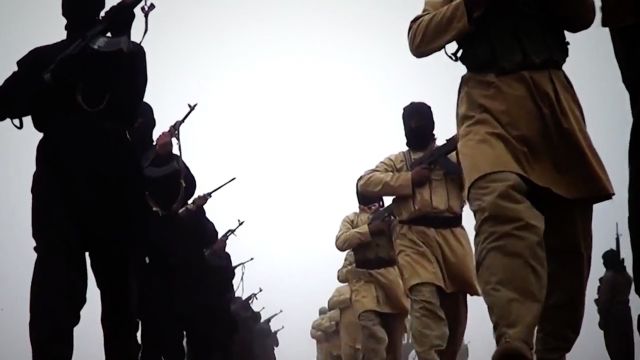 SMS
How Many ISIS Fighters Are There? It's Hard To Tell
By Jake Godin
By Jake Godin
August 15, 2016
For the most part, the official U.S. estimate of ISIS fighters sits somewhere around 30,000. So how is the death toll estimated to be at 45,000?
SHOW TRANSCRIPT

For starters, there's one of the first U.S. estimates of ISIS fighters from September 2014.

"When you add that to the 20,000 estimated killed prior to our arrival, that's 45,000 enemy taken off the battlefield," Lt. Gen. Sean MacFarland said during a Pentagon press briefing.

So, does that put ISIS at -15,000 fighters? Not quite. Estimates on just how many fighters ISIS has vary — by a lot.

There are estimates as high as 200,000, such as the one made in 2014 by a senior Kurdish leader. There are also estimates as low as 9,000, which was the Pentagon's lowball number early on.

MacFarland acknowledged the challenge of making an accurate estimate, telling reporters, "The thing about these numbers is that they're pretty soft. Pretty squishy. That's why we don't typically quote them a lot."

Both cities, along with the populations throughout the other territory it controls, give ISIS the potential to swell its ranks with forced recruitment.