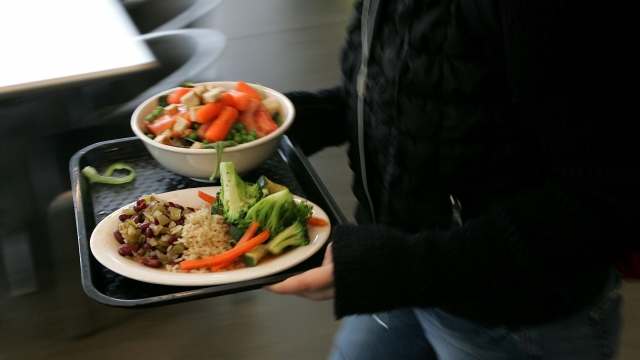 SMS
Far Fewer American Kids Are Going Hungry
By Ryan Biek
By Ryan Biek
September 8, 2016
The number hasn't been this low since before the Great Recession.
SHOW TRANSCRIPT

Households that are considered "food insecure" struggle to get enough to eat or enough nutritious foods because they lack money or other resources.

Food insecurity can hit families with children particularly hard. But a new report says the number of children in the U.S. who went hungry last year was the lowest since before the Great Recession.

The report from Department of Agriculture highlights the find as a significant improvement. Last year saw a 1.3 percentage-point drop in the number of American households that were "food insecure" from 2014.

That's not to say there isn't a lot of work left to be done. Both adults and children in 274,000 households were forced to skip meals last year.

But a director with the No Kid Hungry campaign told NPR an improving economy and access to programs like school breakfast likely improved those stats.

The Agriculture Department also points to free or reduced-price lunches with helping improve the numbers for children. Roughly 45 percent of food-insecure families got help from the department's food stamp program.