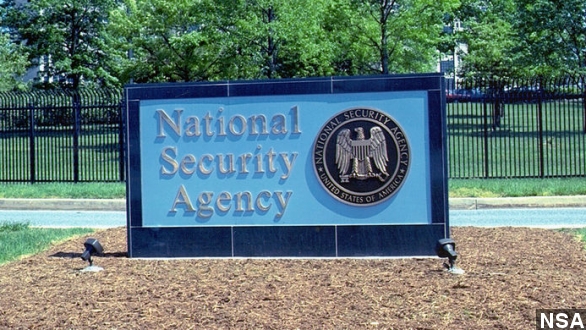 Another ruling over NSA phone surveillance:

"A major legal victory for NSA surveillance. Just moments ago, a federal judge ruling that the agency's collection of metadata, that telephone data is indeed within the law." (Via Fox News)

"According to the judge, the NSA collection of the phone records of millions of Americans violates the Fourth Amendment." (Via WPVI)

In Friday's ruling, District Judge William Pauley III pointed to the attacks of Sept. 11, 2001, saying the NSA's phone data collection system could have been a "counter punch" to Al-Qaeda's terror network. (Via WOOD)

So what now, with two lower courts issuing conflicting rulings?

Most likely the question of NSA surveillance will head to the Supreme Court. (Via Wikimedia Commons / 350z33)

Meanwhile, amid the controversy, a presidential task force earlier this month recommended a series of changes to NSA policies. (Via The New York Times)

Perhaps not surprisingly, a Justice Department spokesperson told reporters the administration is "pleased" with this latest court ruling.