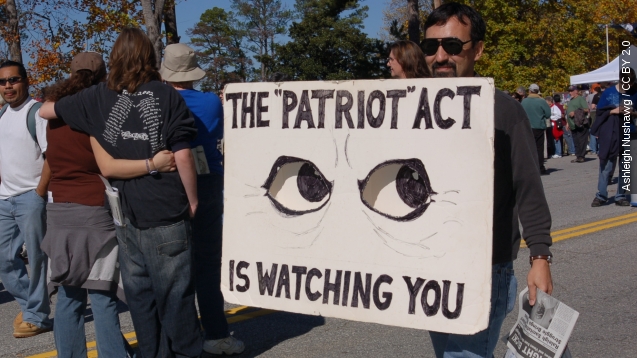 The U.S. Senate may have voted to move forward with the Freedom Act Sunday, but controversial aspects of the Patriot Act have expired.

The Freedom Act, which is set for a vote on Tuesday, extends several provisions of the Patriot Act but ends lawful justification of the NSA’s infamous bulk collection of phone records.

The Senate originally intended to expedite the Freedom Act, but the plan was brought to a halt when Senator Rand Paul promised to "force the expiration of the NSA illegal spy program." The Senate can only speed up the law-making process if all senators agree. (Video via Senator Rand Paul)

The act is widely expected to pass Tuesday. When it does, both the "lone wolf" provisions and "roving wiretap" provisions will be reinstated.

And it's concessions like that that have left some activists unhappy with the Freedom Act. The Guardian quotes one advocate who says the bill, which has been revised, "is a setback from the original."

The Electronic Frontier Foundation, which once supported the bill, has since revised its stance to neutral: "We think that Congress can do much better and should, but we’re still now in a much better place than we’ve been since the 1970s with regard to Congressional action reining in the NSA."

Nearly 15,000 sites have blocked IP addresses from Congress in protest of both the Patriot and Freedom Acts. Protesters say they'll continue to block Congressional IPs until "either the USA Freedom Act is either dramatically improved or dead, or until the Patriot Act provisions have sunset."