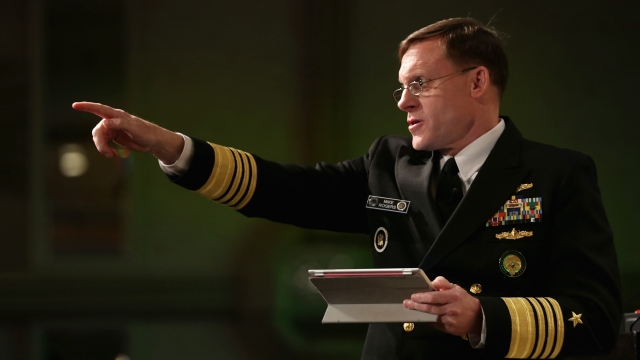 SMS
NSA Director Confirms DNC Hack Was An Attack By A Foreign Government
By Grant Suneson
By Grant Suneson
November 16, 2016
The NSA's director says the Democratic National Committee hacks were a deliberate attack by a foreign nation.
SHOW TRANSCRIPT

The government is reiterating its findings on the Democratic National Committee hacks — a foreign country is trying to interfere with the U.S.

National Security Agency and Cybercom Director Adm. Michael Rogers said: "This was not something that was done by chance. This was not a target that was selected purely arbitrarily. This was a conscious effort by a nation-state to attempt to achieve a specific effect."

Rogers declined to name the country responsible or what effect it wanted to achieve, but other U.S. government officials laid the blame at the feet of Russian President Vladimir Putin.

Putin denied the allegations, asking, "Does anyone seriously think Russia can somehow influence the choice of the U.S. people?"

But members of the U.S. intelligence community said that's exactly what Putin was aiming to do by undermining Hillary Clinton, who already had a strained relationship with the Russian government.