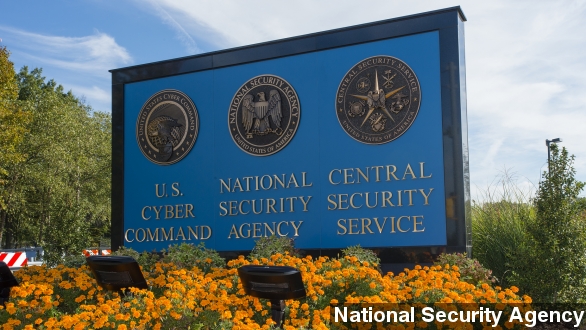 "We will reform programs and procedures in place to provide greater transparency to our surveillance activities and fortify the safeguards that protect the privacy of U.S. persons," President Obama said.

More than a year after President Obama announced a review of U.S. surveillance practices, the administration announced revisions to how the National Security Agency and other intelligence agencies collect personal data. But some critics say those revisions don't go far enough.

The report released Tuesday places limits on how long intelligence agencies can keep Americans' and foreigners' "incidentally" collected phone data — that's data not useful for intelligence purposes. Other reforms include protecting whistleblowers who report on wrongdoing and increasing transparency to regain public trust.

Much of that trust was lost after former NSA contractor Edward Snowden revealed U.S. intelligence agencies were collecting wide swaths of information on Americans, without their knowledge and without warrants.

Despite the president's proposed changes, many critics of U.S. surveillance practices called the reforms "modest" or just "tweaks" falling short of substantial improvements.

One of the biggest gripes is the NSA will continue collecting data in bulk. Last year, President Obama suggested Congress end the bulk collection program. That hasn't happened.

The New York Times explains part of the reason is that "telecommunications companies are not yet willing — or technologically ready — to hold on to (collected metadata) themselves, with a system that would give the government access if a court order is obtained." Metadata includes the phone numbers, dates and times of phone calls.

Also left unaddressed, a suggestion from the president's Review Group on Intelligence and Communications: U.S. intelligence agencies should support stronger data encryption to combat hacking. Tuesday's report does say that the work of reforming U.S. surveillance practices isn't done, and another review is expected sometime in 2016.