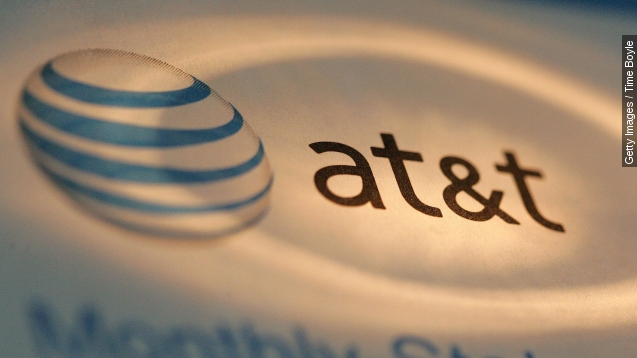 SMS
NSA, AT&T Report Could Help Lawsuit Against Spy Agency
By Christian Bryant
By Christian Bryant
August 15, 2015
The Electronic Frontier Foundation sued the NSA in 2008 for working with AT&T to collect data on Americans. A new report could help its case.
SHOW TRANSCRIPT

A joint report from The New York Times and ProPublica published Saturday suggests AT&T not only took requests from but partnered with the NSA to snoop on Internet traffic going through the U.S. — information that could breathe new life into a 2008 lawsuit against the spy agency.

The Electronic Frontier Foundation sued the NSA back in 2008, saying they partnered with AT&T to illegally spy on Americans. A federal court judge said in February the EFF hadn't presented enough evidence, but the digital rights group appealed and the report could help their case.

The EFF says the new report confirms that "the NSA and AT&T have collaborated to build a domestic surveillance infrastructure, resulting in unconstitutional seizure and search of of millions, if not hundreds of millions, of Americans' Internet communications."

The Times and ProPublica report stems from documents leaked by NSA whistleblower Edward Snowden in 2013. (Video via NBC)

AT&T isn't mentioned by name in any of the documents, but the report says the telecom company installed surveillance equipment in at least 17 of its U.S. Internet hubs and forwarded along billions of emails under a program called "Fairview." (Video via AT&T)

Fairview is reportedly one of the NSA's oldest programs, dating back to 1985. The Times and ProPublica point out that, as a part of Fairview, AT&T helped the NSA collect information from an Internet line connected to the United Nations headquarters. The UN spying isn't a new revelation, but AT&T's involvement is.

Both investigating outlets say it's uncertain if the NSA is still operating Fairview as it had in the past. Neither the NSA nor AT&T have specifically commented on the joint report, but an AT&T spokesman did tell the outlets "We don’t comment on matters of national security.”