Now There's Actually A Way To Get Paid For Your Selfies 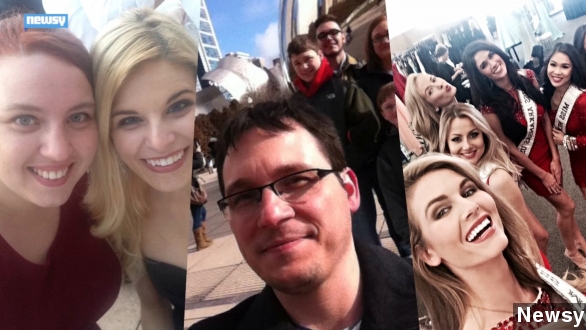 SMS
Now There's Actually A Way To Get Paid For Your Selfies
By Christine Slusser
By Christine Slusser
February 11, 2015
There's a way you can get paid for that selfie. Stylinity released an app that lets fashion-forward users show off their outfits for others to buy.
SHOW TRANSCRIPT

Well, would you be down to get paid for your selfies? This goes without saying, but there's an app for that. Stylinity launched it, and now you could be seeing dollar signs alongside those selfies.

Here's how it works. The fashion-savvy try on clothes — they don't even have to purchase the items. They upload photos of their ensembles and scan the barcode for each item to pull up its information. They can then share it on social media. There's also a button attached that says "I Want This," which sends potential customers to the retailer's website.

Stylinity is working with around 180 retailers, including Ann Taylor and high-end spots like Barneys New York.

Users earn reward points for snapping and uploading their pics and can potentially get up to 20 percent of a sale.

Holy dollar signs, Batman. That could end up being a lot of dough. In this example on Stylinity, the fashionista is wearing some Christian Louboutin pumps that retail for $675. That could mean $135 for the selfie model.

But CNBC points out this is a hard platform to make money with:

"The road to making the platform profitable has been largely unsuccessful for retailers, who get only about 1 percent of their sites' visitors from social media pages, according to IBM."

But Stylinity might end up being an exception. According to CNBC, it has seen a "19 percent average weekly user growth in the last three months." Not bad.

This video includes music from Magu the Dog / CC BY NC SA 3.0.