Novak Djokovic: I Was Offered $200K To Throw A Tennis Match 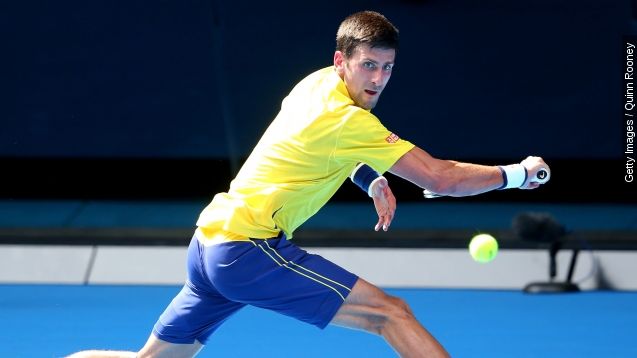 Shortly after a BBC/BuzzFeed investigation found evidence of rampant match-fixing at tennis's highest level, one of the world's top players says he was offered money to throw a match — an offer he says he rejected.

Novak Djokovic, currently the world's No. 1 player, said he was offered about $200,000 in 2007 to throw a match in St. Petersburg, Russia. He says he didn't accept the offer and also never attended the tournament.

"I was approached ... through people that were working with me at that time. They were in my team, and of course we threw it away right away," Djokovic told reporters.

Despite Djokovic's admission of a rejected bribe, he called the BBC/BuzzFeed findings "just speculation" and doesn't believe match-fixing happens at the top level of the sport. (Video via Peugeot)

Roger Federer, ranked No. 3 in the world, also spoke about the allegations.

"As long as we don't know the outcome, the players, the fans, it's going to be exciting. The moment that gets taken away, there's no point anymore to be in the stadium," Federer said.

Tennis's top stars are in Melbourne competing in the Australian Open. The full story from the BBC and BuzzFeed will debut Tuesday.