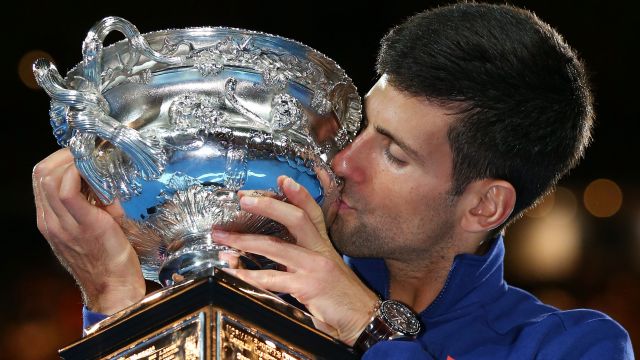 Novak Djokovic has finished off another impressive run through the Australian Open, beating Andy Murray in straight sets.

It's been rough going for the world's second-ranked player, Murray, versus his top-ranked counterpart. This win gives Djokovic a 22-9 record over Murray with wins in 11 of the last 12 matchups.

This is Djokovic's sixth overall Australian Open championship and his fifth in six years. The Serb's sixth title ties him with tennis great Roy Emerson for the most Australian Open victories in history.